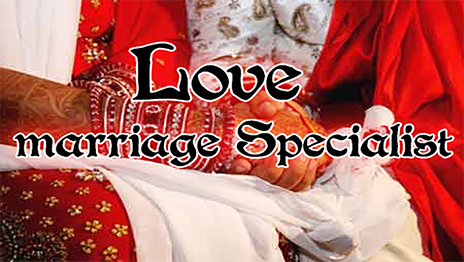 One of the most common questions that an astrologer is asked is: Will I be able to marry the person I love. There are a number of combinations in the janam kundali or birth chart, that reveal whether the person will have a love marriage.

Position of Venus – Karaka of Love

Venus plays a very important role in deciding whether the marriage would be a love marriage or an arranged one. Sometimes, it indicates physical attraction which usually does not end up in marriage. Venus is the ruler of pleasures, joys and desires and it should be pure and unafflicted for a pure love and a stable emotional life.

Venus the Karaka of love, when aspects ascendant, 5th house, 7th house or 11th house depicts the loving nature of an individual. But, conversion of love into a marriage is a different thing.

Venus signifies purity and senses. So, when it is unafflicted and well-placed, senses would be under-control and the love would be pure. When such Venus is the lord of 5th house and is placed in the 7th house, your love can definitely have a happy ending with a love marriage.

The probability of a love marriage is also present in the condition when Venus is placed in the ascendant in the Chandra Kundali or is present in the 5th house from the Moon. when will i get married?

Role of 5th, 7th and 9th house
in a love marriage

5th house is the house of love and in contemporary social conditions, it signifies attraction and romance. 5th house if occupied by the lord of 7th house, indicates a love marriage. The partners may come from an affluent family. Also, the life partner will be mature and it will be an advantage for the native.

Role of Ascendant in Love Marriage

If Venus is placed in the ascendant along with the lord of ascendant then the chances of love marriage are confirmed. The native will get into love at an early age and will be ultimately successful in converting his love into a marriage. Vashikaran mantra for love marriage. what is Vashikaran is it good or bad? what is black magic how to remove it?

In general, a Moon sign can also indicate whether a person will be successful in doing a love marriage or not. The chances of a love marriage are present when Moon is present in Taurus, Scorpio, Capricorn and Pisces sign. On the other hand, if a person is in love with a native of Aries and Virgo sign, he or she will not be able to convert his love into marriage.

From this it comes out that either Jupiter is in inauspicious position or it is not able to give auspicious results. The influence of Saturn in the seventh house also creates delays and obstacles in marriage. Jupiter is the lord of Sagittarius sign, and if Jupiter is sitting in Sagittarius sign in ascendant and is aspecting the seventh house, then marriage should be done on time but due to the seventh house being Saturn or Rahu, the marriage gets delayed. The behavior of the girl should also be checked. If the thoughts of the girl are rebellious, she finds fault in every boy, refuses to follow the traditions, is arrogant, then understand that her Jupiter is giving bad results.

To delay marriage, one should chant the mantras of Jupiter and also chant the Beej mantras of Shani. Remedies related to Saturn and Jupiter should be done.